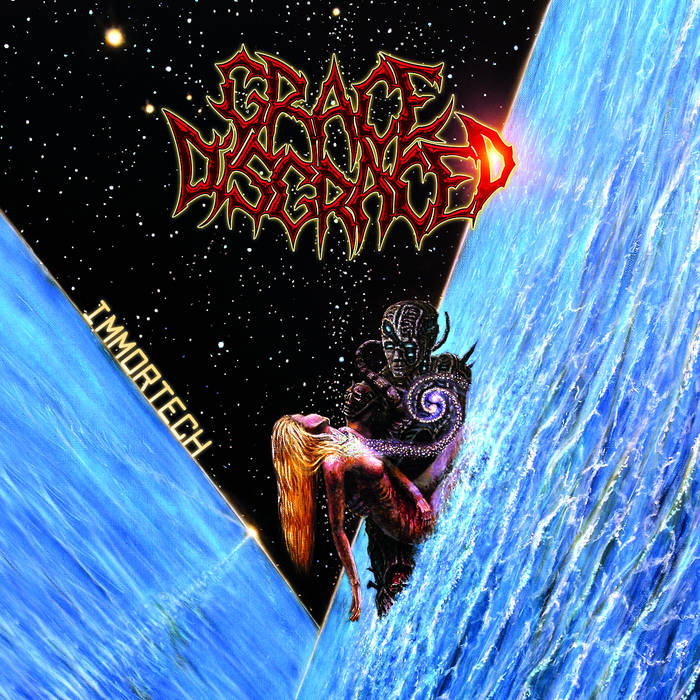 Lascaille's Shroud I've been a fan of this band for a long while, and Immortech feels equal parts new and exciting in the songwriting, while maintaining everything you love about them. Stellar record start to finish—Excellent work! Favorite track: No Love in Immortality.

XUN Hush, Little Baby, Do not Say a Word,
Do not lie on the edge!
Or a gray wolfy will come
And bite you fvcking arse off.

Grace Disgraced fourth album Immortech will be released on June 30th, 2020 on Moscow well-established label Metalism Records. This powerful set consisted of 7 long pieces again (and yes, every one Grace Disgraced album had 7 tracks on it), from five to eight minutes each. Immortech immaculately produced by Arkady Navaho, and it sounded like technical death metal should sound these days in all senses of the term. And Grace Disgraced now can rise the flag of supergroup – bass parts on recordings supplied by no one other than well-known Metal Priest of Bestial Invasion and Violent Omen fame.

You can even call Immortech a concept album – every track is written about problems of connections between modern real world and virtual ones as well as immortality of the ruling elite. Band’s musicians even dare to call Immortech “a kind of metal opera, just like some Queensrÿche or Dream Theater’s bodies of work” – but made modern technical death metal way, of course. Moreover, there’s striking cover design of Alexey “Virus” Samusenko, originally made in oil on canvas technique, which shown dystopian/sci-fi concept of Immortech perfectly.

Featured sounds by K.Spark and WIZDUMB, plus Basi joins the show to discuss his latest release.