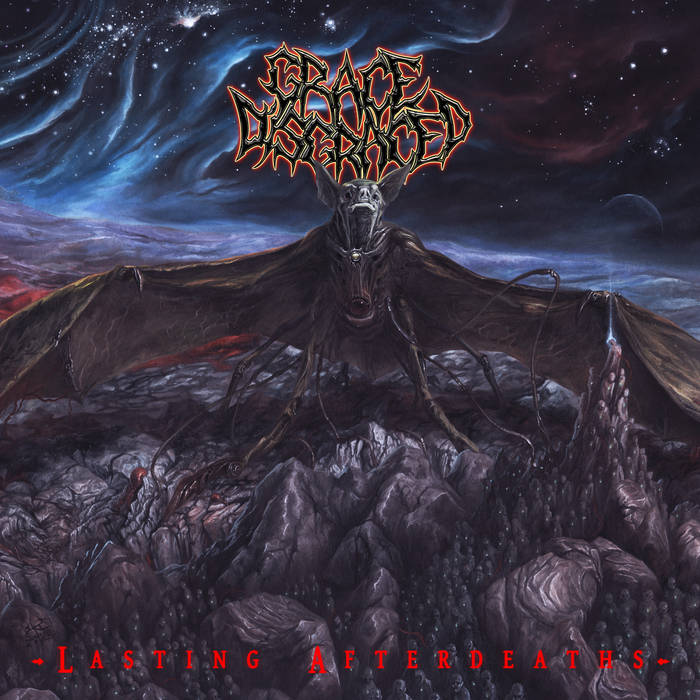 Lascaille's Shroud Progressive death metal that takes off where Chuck and Death ended, yet never feel like a copy or clone. The songwriting and musicianship is unparalleled, and some of the best vocals in the scene right now. Favorite track: Wheels Demonical Spin.

Metal Evangelist Imagine there is a lost Death album recorded between Human and Individual Thought Patterns. That's what this sounds like. Favorite track: Captured in Snow.

While Grace Disgraced flood these songs with death metal brutality, using an arsenal of morbid riffs and skull-cleaving rhythms along with Polina Berezko’s vocal ferocity, Lasting Afterdeaths leaves most brutal death metal albums in the dust because of the inventiveness and complexity of the instrumental performances and the unbridled dynamism of the song-writing.

In an album loaded with surprises around every hair-pin turn, the band also lace the music with melodic sections that glide like flowing water or drift like spectral haze, and they just as readily veer off into head-swirling instrumental excursions that have an almost jazz-influenced sense of improvisation, though the band is so tightly integrated and machine-precise in what they’re doing that the music never seems chaotic, even at its most electrifying.

The accompanying illustrations includes separate eye-catching artwork for each song, as well as gatefold cover art, by Velio Josto.

Featured sounds by K.Spark and WIZDUMB, plus Basi joins the show to discuss his latest release.